With the recent  approval and release of an NMEA 2000 Lighting Control Standard by the National Marine Electronics Association (NMEA,) Shadow-Caster Lighting is announcing their coordinated release  of the first lighting controller to follow the standard.

Since 2017, Shadow-Caster’s President, Brian Rogers, has been the chair of  the committee for developing the NMEA 2000 lighting standard. After years of combined efforts with other industry partners the  NMEA200 Lighting Standard was approved and published on August 27, 2021.

Shadow-Caster LED Lighting is proud to present their new NMEA 2000 Certified Lighting Controllers: the Light Commander Series which will be premiering at the IBEX Show in Tampa, FL on September 25-29th. Simrad and the other Navico brands will be the first industry partners to provide interface support for the NMEA 2000 lighting standard. 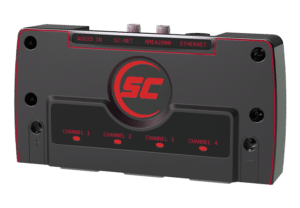 A note from our President:

“When we started developing digitally controllable underwater lights over a decade ago, there was an absence of industry standardized lighting control messages for the marine environment. We developed our own set of control messages and labeled it Shadow-NET. In the following  years we continued to expand our range of CAN based lighting products and controllers.

About five years ago, I was approached by the NMEA to lead to standardize lighting control. The developed suite of lighting control messages has now been finalized and published by the NMEA, and I am proud to announce that we will be releasing the first fully compatible product to support these messages.

The universal light messages allow users to plug into the NMEA 2000 network backbone and quickly understand what lights are available on a network and provide control for them. The vessel’s onboard electronics systems will now be able to effectively communicate with each other to optimize the operator’s lighting experience.

The amount of interoperability and new levels of integration that can be achieved by standardizing these control messages is immeasurable. It will now be possible for the systems to lock out or enable certain colors or to have visibility of what lights are on the vessel. e.g. he boats Security systems will have a standard message to turn lights on when it detects a threat. This new implementation will change the way that engineers think about lighting in marine systems.”